From the idea to your own app – the conception

What should be considered when designing an app.

How do you get from the idea to your own app, which you can use successfully for your company? What should you already take into account during the idea generation and conception? Here are some insights on how to get started with your own app idea.

The development of the first apps dates back more than ten years. In the meantime, there are millions of apps in the Apple and Google stores. Most of them are consumer apps, but there are also countless opportunities for companies, whether for interacting with customers, as a sales channel, or for optimizing internal processes. In some cases, the app even represents the core business of the company. But how do companies manage to successfully use apps for their own business? What factors need to be taken into account for the development of a successful app? We look at the most important phases in the development of an app and provide tips to make it a success.

What opportunities do apps offer for businesses?

In terms of the corporate environment, there are versatile applications of mobile apps. The following are some practical examples:

Employees can use the app to find out about internal training courses and register for them. Attendance checks and the creation of a performance certificate are also carried out via the app.
#Process optimization #Digitizing business processes #Increasing efficiency

The sales representative has all sales documents, videos and specifications available in the app in the latest version. Collaboration and exchange of information with the sales office and the base is simplified by the app.
#Improve communication #Digitize business processes #Save printing materials #Cut costs.

Via app, customers can collect bonus points and redeem them in an integrated store or at the next purchase.
#Increase customer loyalty

What to do to make the app a success?

So there are many possible uses for mobile apps, yet 25% of apps remain unused.

The average app user has 36 apps installed on their mobile device. Apps are becoming increasingly important in mobile use, but only 25% of apps are used daily – another 25% remain completely unused.

So, on the one hand, an app should be made that is as useful and useful as possible, with good design and solid code base. On the other hand, this app also needs to be marketed properly. In this article we will go into the idea generation and conception of an app, the other success factors will be described in a later article.

When does an app make sense?

As mentioned earlier, an app can be a valuable tool for a business in a variety of situations. But does it also make sense for your company? When asking this question, it’s important to keep in mind that apps are not all-purpose tools. So, to see an app as the egg-laying willy-nilly or the solution to all problems would be wrong. Unlike desktop or web applications, an app should only address one specific issue (or a few issues), but this should be well thought out and well solved. Then an app can deliver added value for almost every company.

It is important to analyze the existing business processes and stakeholders and to consciously search for meaningful use cases. The Business Model Canvas is suitable for this, for example. In the analysis phase, discussions with potential users (customers, employees) also help to uncover areas with optimization potential. These users should be involved right from the start and placed at the center of the considerations.

Once various ideas have been generated and compared, it is important to focus on one approach and pursue it further.

The idea stands, what next?

The idea exists in your head, has been discussed in meetings or over a beer, and has possibly been put down on paper in rough form. But what is the next step? It is now a matter of concretizing the idea further and describing it in more detail.

It often makes sense to test the app idea using a click prototype. With various tools such as Marvel or Invision, prototypes can be created without much effort, which can be viewed and “used” directly on the smartphone. This makes it possible to incorporate valuable user feedback into the process at a very early stage and to test the assumptions made. We see in almost all projects that the use of a prototype significantly improves the feedback quality and brings up points that were not considered or discovered even in detailed process concepts. Such click prototypes can be created based on sketches or with already existing screen design versions.

Goals of the concept phase

After the conception and thus before the start of the project, the requirements have been defined as precisely as possible (and necessary). The idea was captured and a common understanding of the problem to be solved was created. Based on wireframes and prototypes, one (or more) solution approaches were worked out, which provided insights into usability and required features.

The 5 phases to a successful app:

However, a brilliant idea and a good concept alone are not enough to develop a successful app. In each phase, there are important things to consider so that the app is ultimately a success. In our next article, we will reveal the design requirements and how the development of the app should proceed. 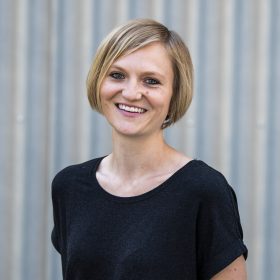 New Work and Retention Management in the Health Sector

The Metaverse – Why it is more than hype

Profession or vocation to the New Work Way

The 5 most important software-as-a-service pricing models

Innovation management according to ISO 56002