What lies behind the buzzword "digital mindset"

For some years now, the term “digital mindset” has been an integral part of articles in social media networks and business literature. But what is actually behind it and why is digital mindset important at all?

“It’s no longer enough to get up to speed with the latest technology. The way of working and thinking also needs to change. Digitalization offers new rules of the game and opportunities. Those who understand the new environment will win the race.”

This was recently said by Nick Jue, CEO of ING Germany, in an interview. With this statement from the field, he underscores what has been emphasized in many articles for some time now: For the digital transformation, a pure focus on new technology and the learning of new technological skills (so-called hard skills) is no longer sufficient, but it is primarily the mindset, the so-called digital mindset that matters.

Since the term “mindset” does not have an exact translation into German, the term is often used and interpreted very differently. From there the following explanation can serve as a guard rail to better understand the term “Mindset”:

A mindset refers to personality traits that can be changed in the long term, and thus lies between attitude and unchangeable personality traits. Mindset is not a stance on a specific topic (e.g., digitalization), as attitudes can change very quickly. For example, one can have a positive attitude toward coffee in the morning (desire for a coffee to start the day) and have a negative attitude toward coffee at midnight (rejection because one still wants to sleep). Thus, attitudes toward coffee changed only because of a single change in environmental conditions (in this case, the change in time of day). Mindset, however, does not change so quickly. At the same time, Mindset is not a personality trait that is unchangeable. This is because Mindset can be developed and changed in the long term, but only through sustained and continuous development/learning. Thus, Mindset is figuratively speaking in the sandwich position between attitude and unchangeable personality traits and can be approximately translated as “mentality”.

Does everyone have to program now? What “Digital” Has to Do with Mindset

The following definition approaches the concept of digital mindset scientifically:

“A digital mindset can be defined as personality traits or behavioral dispositions that are not directly observable and significantly structure and channel thinking, feeling and acting in the social and instrumental contexts of digital transformation. The expression of personality dispositions does not produce an absolute, but probable readiness to behave, which can be moderated by external environmental factors, such as framework conditions, or new learning experiences.

With a view to the requirements of digital transformation, six personality dispositions critical to success can be identified that describe a digital mindset, particularly in a work-related context:

The six dimensions of the digital mindset

In a large-scale scientific study that has been running in the DACH region since November 2017, a total of six dimensions of the digital mindset were identified. These dimensions are all bipolar, i.e., there is a pole and an opposite pole in each dimension (e.g., openness and agility vs. persistence). This is because personality traits are far too complex and extensive to make a distinction between present (in this example, “agile”) and absent (in this example, “not agile”). Because there are not only black and white in our personality, but countless shades of gray. Through the respective opposite pole, many shades of gray become possible, which thus depict the personality more accurately.

Below are the six dimensions of the digital mindset with a brief explanation:

Economic potentials of the digital mindset

For example, the Digital Mindset dimension Proactivity & Entrepreneurial Action Orientation has €6.8 billion in value creation potential for German SMEs in 8 years. In addition, this dimension alone has the potential to increase corporate success by up to 12.5%. 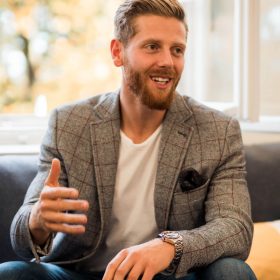 Will my innovation be a success? – 3 Methods for evaluating innovations

Mindset development in 4 steps – from map apps without GPS

Data Science – We must hurry up!

How companies master their digital transformation

What is FinTech, InsurTech and HealthTech? – Explanation and basics

RPA – Robotic Process Automation – but what for?

My effective leadership style in times of crisis

Cognitive Diversity – A strong tool for creativity and ideas