New Work is not about the company! – Future of work besides ideologies

Economic success, is only one consequence of the implementation of New Work.

New Work as we really, really want it – that is the approach of New Work. The movement that was founded in the 1970s by the social philosopher Prof. Dr. Frithjof Bergmann, with the question of the freedom of the human being within his work and the realization that the future of work is closely linked to the satisfaction of the employee.

New work as we really, really want it.

This is the approach of New Work. The movement, which was founded in the 1970s by the social philosopher Prof. Dr. Frithjof Bergmann, with the question of the freedom of man within his work and the realization that the future of work is closely linked to the satisfaction of the employee.

Friedjof Bergman questioned the meaningfulness of work and through the search for meaning in work, which was manifested by Generation Y (Why) a good 20 years later, New Work gained concrete recipients and thus acceptance.

Is this radical approach not too ideological?

The original concept of New Work had other requirements

This concept can and must even be adapted to the “today”.

In our exciting, but also extremely fast and uncertain times, driven by digitization and the digital transformation, we need a new attitude, even greater personal responsibility and above all the courage to make decisions.

In recent months, I have heard countless excuses for taking a step into a new working world, which always started with the words: “first the right processes have to be initiated”. What?

This term is already completely misplaced in the understanding of New Work.

Why? There can be no processes, because the definition of business processes says among other things: Every process has a beginning and an end.

New Work, or Future Work, has no end.

It becomes a path that has to be constantly reconsidered and adapted, and, depending on the company, has to be renewed individually with all employees.

But back to the title: what we really, really want

“How will we (want to) work in the future?

In doing so, we have to break away from traditional patterns of thinking, because these do not really allow us to think about it.

A good example of this comes from my direct environment, from a colleague who works in technical management at a large company, well trained and successful in her profession.

But if she could really choose, she would want to work as a zoo keeper.

After her supervisor heard about this wish by chance, he organised a one-week paid leave of absence with a job in the elephant house as a bonus. This raises the question whether her dream has now given way to reality?

No; she would actually still change, if it weren’t for the independence she has through her current, well-paid job and the fact that she is currently not trained as an animal keeper.

In that case, the unconditional basic income would have to be brought up again and I am convinced that in the long term we will not be able to get past this “base”.

Either way, company management and employees must move out of their comfort zone and not only look for solutions that make work a little more appealing, but really change it from the ground up.

Work as we know it up to now will no longer exist in a few years.

Surely everyone wants to become an influencer today?

What do children answer when they are asked about their career aspirations?

According to a 2017 survey conducted by an educational scientist, there were an astonishing number of classics. More than 50% of the children concentrated their wishes on only twelve professions.

The professions footballer, fireman, racing driver, policeman and pilot were in the lead for the boys and unfortunately also very classical for the girls: veterinary surgeon, nurse, teacher, model and animal keeper.

In the teenage years, career aspirations are often shaped by the private environment and now also strongly influenced by the media. Therefore it is only comprehensible that an original wish or a creative talent, for example, only consciously appears again as a fulfilling career wish in much later years.

The term “work” is economically defined as gainful employment, i.e. time for money. As we know it, it has only existed for about 200 years. The human being is seen as a production factor, which is reflected by such standing terms from our economy or as well as “human resource” – human resource (“a means to an end”?).

Companies must no longer postpone the framework for future work, because yesterday’s future is tomorrow’s past. 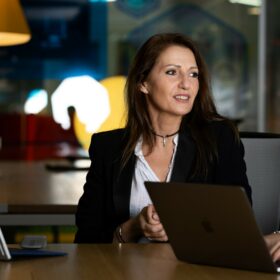 8 Digital tools for the management of remote teams

Future Business – Narratives and Business Models in a change

Use of transactional emails in marketing

Automation in the workplace – what employees think…