How can administrations become more efficient? Various topics in administration can be digitized. Topics such as eID and digital identities are like a turbo for digital ecosystems.

The Corona virus (Covid-19) is dominating our daily lives and has hit the world with unexpected severity. Governments have launched large aid packages to save companies from bankruptcy and to protect the economy from a prolonged recession. The exact consequences are not yet fully foreseeable today.

The Corona crisis is a wake-up call to finally push the issue of digitization. The winners in these difficult times are companies that have continuously invested in digitization. Online stores (Amazon), streaming providers (Netflix) or communication/collaboration providers (Microsoft Teams) show very high growth figures. Over many years, these companies have built their digital business models and consistently focused on the customer.

What is disruptive, however, is that for every platform, app, or service, you have to register or create a new login. This forces the user to manage a multitude of logins/passwords. The tech giants (Facebook, Google) offer registration on a third-party platform with their simple login procedures. The user saves time, but does not know what happens with his data.

In the EU’s eGovernement Benchmark 2019 report, the digitalization pioneers are small states such as Estonia, Austria and Malta.

The digital maturity of a country is measured along 4 dimensions:

Estonia is a leader in this field and introduced a digital ID and digital signature as early as 2002. This digital ID can be used to authenticate oneself in e-banking, sign contracts digitally, obtain medication or submit tax returns. All residents of Estonia have a digital ID, and 99% of government services are online.

The strong focus on digitalization has brought high productivity gains and enormous cost savings to small Estonia with 1.3 million inhabitants. The country has produced 4 Unicorns (Taxify, Skype, Transferwise, Playtech) and many startups are settling there.  A company is fully established within a few minutes and a few clicks. In 2012, Estonia was also the first country to use blockchain technology to verify the integrity of government registers and data. The e-Estonia website has a lot of interesting information on how Estonia is becoming the coolest digital society.

Switzerland does not score well in the above-mentioned EU benchmark report. As already criticized in earlier reports, there is a great need to catch up in basic services (key enablers). In particular, Switzerland is clearly lagging behind in the area of digital identity (E-ID).

There are 2 cantons in Switzerland that are doing pioneering work and are pushing the issue of E-ID. The canton of Schaffhausen has been offering an E-ID since 2018.  With it, various government services can be used and, as an example, a debt collection statement can be ordered via smartphone. The city of Zug is moving in the same direction, issuing digital identity based on blockchain technology. Every citizen manages his data in an app and the residents’ registration office certifies the data. Borrowing books without a library card, a bicycle rental service or government services are examples of applications.

In the past, there were already plans to introduce a digital identity for Switzerland (SuisseID).  However, SuisseID was never able to establish itself in the market. The costs were too high, and the desired target of 300,000 users was missed.

In 2017, the project was re-launched as SwissID under the leadership of SwissSign Group. SwissID provides secure and easy access to many online applications with a single login. Over 1 million users have already registered in Switzerland. The initiative is supported by various banks, insurance companies, health insurers, postal services, etc.

The SwissID initiative foresees a division of tasks between private providers and the state. The issuing of the E-ID is done by private providers, so-called Identity Providers (idP). The state takes over certification and control.

The political discussion is still ongoing. However, Switzerland should not wait too long, otherwise it will fall even further into the digital hinterland.

Advantages of a digital identity

We depend on the Internet and use online services every day. For the user, the overview of the many access data is quickly lost here. A digital identity simplifies management and allows the user to easily use various online services with a single login.

This also has advantages for the providers of an online service.  The user or potential customer is already clearly identified via the digital identity. For example, at a bank, the digital onboarding process of new customers can be significantly simplified. The opening process becomes faster, less error-prone and more cost-efficient. This creates an improved experience for the customer and clears the way for a bank’s expertise, namely in providing advice.

Success for a digital identity is achieved when the user classifies this process as absolutely secure. The state guarantees the security of the data. Data may not be used commercially or passed on to third parties. This is an important differentiator compared to the login procedures of the big tech giants (Facebook, Google), where data misuse has occurred in the past.

The legal foundations in Switzerland have been created and are based on the EU (eIDAS), among others. The user decides which data is passed on for which purpose.

The following 3 security levels are distinguished in Switzerland:

A digital identity is part of the infrastructure of a modern state. Government services can thus be performed conveniently and easily from home. The costs of administration are reduced and citizens gain more time.

The state of Estonia saves around 2% of its annual gross domestic product (GDP) through the consistent digitization of its administration. Applying this figure to Switzerland’s GDP (705 billion ) results in potential savings of 14 billion. In this context, these funds could be invested in research & development, education, digitization or in the promotion of start-ups.

A digital identity (E-ID) is crucial for a country’s competitiveness. This attracts many companies and bright minds, creates jobs, promotes innovation and helps build a digital society. Many citizens and consumers expect digital solutions that facilitate interaction with the government or a company.

Estonia has shown the way how a digital society works. The introduction of digital identity and signature in the early 2000s have proven to be a turbo for the digital ecosystem.

Reduction of bureaucracy, easy management of personal data and more security speak for an E-ID. The future starts now! 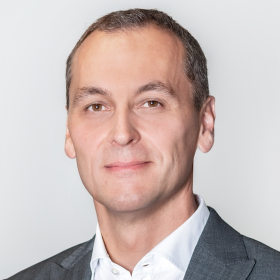 Amazon and Alibaba – How he dominant digital platform ecosystems work

Under these circumstances, I strongly advise against digitization (which your…