The online boards Miro, Mural and Co. and how to choose them

Collaborating online has become established: not only for conversation, but also playfully in a shared meadow. Miro, Mural & Co offer tools for collaboration in analog, hybrid and distant settings, which convinces with its multiple simple functionalities.

Collaborating online has become established: not only for conversation, but also playfully in a shared meadow. With Miro, Mural & Co, tools for collaboration in analog, hybrid and distant settings are offered, which convinces with its multiple simple functionalities.

Remarkably: working in agility and in digitality brings amazingly simple and analog handlings. It brings old familiar techniques back to life: painting, kneading and all kinds of drawings are pasted on the wall. Colors are used to emphasize what is important and decorations are used to set the mood. This is no coincidence, because creativity has something to do with visual layout.

In corona lockdown times, all kinds of tools have emerged for virtual meetings, brainstorming and collaboration. These can also be used in hybrid times. Tools like Miro, Mural, and in a broader sense Concept Board and Padlet lend themselves to this. They serve as flip charts, collaboration playgrounds, wall boards, and also as storage spaces, libraries, or simply as mind maps or prioritization tools.

First, let’s just look again at why we use visual tools in collaboration in the first place:

What are the advantages of a flip chart?

The view turns to it and with it the focus and concentration. Every good moderator knows this, because it distracts from personal sensitivities, from the neighbor or from other drifting thoughts. It is therefore a good idea to work together here and to moderate in exactly the same way as analog, for example.

What are the advantages of visual representation?

Our brain thanks us: it has recently been proven that there is a navigation gene that enables us to perceive visually. One would almost have suspected it: we do not only perceive “reading” linearly top-down, but also spatially. This is ultimately the basis for the effect of art or simply a beautiful picture. Our brain takes in three dimensions. It also “thinks” visually, perceives spatially and also processes images, landscapes and abstracts.

How to mediate successfully?

Teaching and didactics and successful presenters have been using visual means for a long time. In the meantime, it has also been investigated that one learns more the more means one experiences. This starts with reading and ends with doing it yourself. The span in between can be used by good presenters and facilitators. In short, the least you learn is when you merely read. People learn most when you are presented with multiple channels at the same time: something to read, something to hear, and something to see. This explains why power point presentations still hold up.

And for project planning?

To avoid complexity, we distinguish here between tools with a board function and those that enable concrete project management collaboration. Boards are different here, because other tools are suitable for mapping workflows, which are less concerned with a common sheet. There are now also many of these, such as Asana and Dropbox Paper.

To select the most suitable tools, it is advisable to scan your own stakeholder world. Which tools are already available, for example through Microsoft Office, and which additional features are needed? Which tools are already known to employees in your own company and which tools do partner institutions use? Here, it is worthwhile to pay attention to the reduction of interfaces and to capture exactly the necessary aspect, why a board is needed. It is also clear that the functions of boards presented here differ from the mere scratch functions of online communication tools, which are essentially based on a movable pen. However, it is also worth considering whether one values being able to work with pens rather than the keyboard. The boards usually enable this feature, just as they introduce newer features in lockstep, such as the lock or hide functions mentioned below.

But now more about the features of the boards and decision-making aids for the selection:

For beginners, there is an all-clear for now. The large boards – which can be extended at will like a canvas – Miro and Mural offer a guest function; invited participants are on the board with the link. Whether they are merely a symbol or can be identified by name differs in each case in the free version and the paid version. Whether the link to the board can be deleted also differs between the boards (Mural: yes).

Both boards have different user features; the structure of members, administrators and so on is somewhat more complicated on Miro, but this is of no consequence, since the boards have different fan communities. Mural enjoys high acceptance now in the webinar space, including from universities. Miro, on the other hand, is very popular in the agile scene. The choice of the two may well be based on this. You should also make sure whether you want to export the boards as .pdf. Experience has shown that the board itself is often sufficient and otherwise there is the tried and tested screenshot.

If you pay attention to conformity with the General Data Protection Regulation, Concept Board will have an advantage, because it is hosted in Germany.

The beauty of the boards is that they are largely intuitive: clicking first means creating a post-it note and then the rest is self-explanatory. From the left, you drag shapes and templates into the board. Loading material also works by simply dragging it in.

Other functions are also easy to use: the mouse pointer can be used to move not only elements, but also entire parts of the board. The enlargement function with dragging is a real joy: at each edge, the board can be stretched like a tablecloth. This is something you often wish you had with a paper flipchart. Therefore, as a pure moderation aid Padlet is very popular.

Concept Board enjoys acceptance because of its DSGV conformity, but it is somewhat less intuitive to use than Miro and Mural because it has two operating modules; one is a hand function and the other is a pointer tool. Accordingly, Concept Board is also more common in traditional companies.

3. The tools are also available as an app

For those responsible for meetings, but also for guests who are collaborating, it simplifies the work enormously if the boards can also be used as an app. However, it is also important to consider here whether additional costs arise. This can also be operated surprisingly well on the smartphone, this also applies in particular to the French Klaxoon, which is otherwise, however, somewhat more demanding in handling. Thus, there is always the possibility to quickly add an idea or another feature. This enables creative and independent, i.e. agile, work all around.

4. Complete and convenient direction for the owner of the board

The boards are almost limitlessly resilient and swallow everything without any problems: movies, files, links, pictures. That’s what makes them so attractive: everything you want to use or show is available. In this way, the boards also become a storage space, because there is no need for further intermediate storage in separate trays. This is made possible by the hide/conceal function that the board owner has. You can hide material for later and show it at the dramaturgically right moment.

Also part of the directing function is the ability to lock or lure content. This way, they can’t be mistakenly moved by fellow collaborators. This actually already covers the most important elements of collaborative work or teaching. And finally, the tools also allow virtual workspaces.

The functionality that Mural promises is: “Put imagination to work”.  This feature is not overpriced at $12 per month. However, all tools are also available in free versions. However, you should definitely take a closer look at the pricing models, because Miro charges contributions per participant on the board, depending. Last but not least, all boards are well researched and communicable through countless blogs and videos and, in paid version, personalized customer service.

What it still needs to get started

Although the boards work largely intuitively, it can be seen as a nice customer service if the fellow collaborators or customers receive a small introductory video. This can be made by oneself or one can download one from the net. Since the immediate attention span ends after three minutes, a correspondingly short one should be chosen. 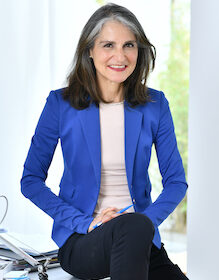 Cybersecurity: what does it have to do with me and my business?

Podcasts for companies – On the pulse of time

5 Hallmarks of Leading Through Difficult Times with Emotional Intelligence

Is there a “burnout personality”? – Explanation and 6 measures for…

Knowledge Management – If Employees Knew What Their Company Knew

Hybrid leadership – the challenge of the future?