No digitization project runs completely smoothly. At least not the important ones. That’s why you should not only be able to paint good slides with beautiful Gantt charts, but also remain capable of acting in the event of a crisis. I’ll show you how to do that in this article.

What is the OODA Loop?

The OODA Loop was developed by U.S. Air Force pilot and strategic advisor John Boyd to increase human responsiveness in situations where rapid action is required. The model consists of four phases:

In the observation phase, one tries to get an overview of the situation by first recording and structuring all the information.

In the orientation phase, the collected and already structured information is analyzed and summarized.

The decision phase is characterized by weighing the possible consequences of one’s actions. Here, various options for action and hypotheses are worked out. In the end, the decision is made to be implemented.

In the execution phase, the action is carried out and new information is directly collected, which in turn should then show whether the decision has generated a benefit and whether one should go through the process again to get better results. The goal of the OODA Loop is to keep the time between the observation phase and the execution phase as short as possible in order to react faster than the opponent. The OODA Loop can be applied in any type of situation where quick reactions are required, for example in military conflicts or sporting competitions.

But this tool is also a wonderful help in daily project work in complex projects. I would like to show why this is so.

How can I use the OODA Loop for my project management?

The OODA Loop is a proven tool for reacting quickly to changes and staying one step ahead. It helps us to look at things from different perspectives and quickly adjust our actions accordingly. If we use the OODA Loop in project management, we can adapt to changes more quickly and react before it is too late.

Particularly in digitization projects, which are designed to digitize and automate business processes, a high level of complexity quickly arises. It is this complexity that can cause a project to falter, and it is precisely this that is so often underestimated. Therefore, it makes a lot of sense to have a suitable tool at hand that can be used quickly, builds on each other logically and supports a quick implementation of a solution. In order to successfully use the OODA Loop in project management, we must first familiarize ourselves with the concept. The OODA Loop consists of four steps: Observation (Observe), Orientation (Orient), Decision (Decide), and Execution (Act). These steps must be performed in the right order so that we can respond effectively to change. In digitization projects, there are a variety of influencing factors that can have a direct impact on the project. These can be, for example:

The list can be continued almost indefinitely, and yet we can identify clusters of influencing factors from which indicators for an early warning system can at least be derived.

If, contrary to expectations, problems arise, the OODA Loop comes into play. There are no fixed rules for applying this solution process.

However, there are a few guardrails that must be followed, which are:

Further, it should be noted that the OODA Loop is designed to solve a problem iteratively. Iterative means approaching a problem step by step, in repetitive steps, until the correct solution is obtained.

What are the benefits of the OODA Loop?

In addition to the advantages mentioned in the previous two chapters, I would like to note here a few thoughts on why the use of the OODA Loop has an effect long after the project has been completed.

The project team members, and here we mean both the core team and people who have come into contact with the project only selectively, e.g. during testing, are usually not in the projects by choice. They either have certain abilities, today called skills, that no one else in the company has. Or they didn’t duck when it came to finding project team members.

This has far-reaching consequences. For one thing, it is always difficult to keep motivation high over a longer period of time. On the contrary, motivation must always be expected to fall as time passes. Next, it is the case that the most capable people in companies work on most projects. Besides their daily business.

The problem is often that these people are not experienced project managers. The result is inefficient work, which very often leads to project failure.

With the use of such highly practical methods, such as the OODA Loop, not only are problems solved in the short term. Knowledge is also generated and transferred.

Solution-oriented and critical thinking is one of the most important skills an employee can bring to the table. Solution-oriented thinking and action on a large scale makes a company more flexible and able to respond more quickly to crises.

So what happens on a small scale in your digitization project has an impact on the entire organization.

Just to give you a point of reference. After my first projects with my customers, the same thing usually happens. Project management departments or teams are created. New project management methods are introduced across the board. Communication strategies are developed where none existed before. New target systems are introduced. And all this just because of this one project. This is the benefit of such methods that hardly anyone talks about. I see it regularly.

When should I not use the OODA Loop?

The OODA Loop is a method that lives from the fact that a small group of people, or even just one person, takes responsibility.

For this you need people who dare to express their own opinion, even if it is not that of the rest of the team.

You cannot “train” such types. Either someone has this characteristic or not. In my view, it hardly matters which personality types are present, what wealth of experience they bring with them, and even a person’s cultural background plays only a subordinate role.

What is important, and almost all people function in the same way, is your ability to assess people, to get to know their language and to speak to them in this language. To make him or her a valuable team member.

You as a leader are the coach and the role model for the project team. For the Scrum Master, for the Product Owner and the Project Manager. If you manage to assemble such a team, to shape it, and to enable it to perform at its best, then the conditions are right to successfully apply such a method. Then you have created a team of leaders who will discuss and implement the best solution.

Otherwise it will not work. The application of the OODA Loop will then often also be the last thing the project team tackles.

Apparently simple. This is how the application of the OODA Loop presents itself. But behind it is concentrated, courageous and fast work.

This is how your project team manages to deal with crisis situations. And most of the time, a team comes out of such a situation stronger.

And this much is certain: no project in the world that is important and large enough to trigger a true digital transformation will come along without hurdles, problems, obstacles or crises.

Further article: I strongly advise against digitization under these circumstances (what your consultant isn’t telling you) 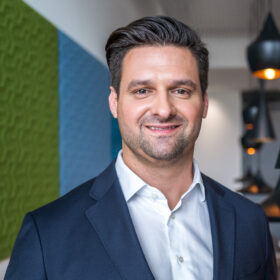 BarCamp – what is it actually and what is the point?

What is Digital Signage? – Introduction and 4 important components

Generating ideas like a pro: Corporate innovation instead of coincidence

Management vacuum by moving to the home office? – 5 tips for good teamwork

Employees are not prepared for digitization