2G and 3G shutdown – implications for IoT and M2M

Network operators around the world are pushing ahead with the shutdown of 2G and 3G and are using the spectrum that is becoming available to expand 4G and 5G. This expansion of new mobile technologies forms an important basis for the further development of the Internet of Things (IoT). The flip side of the coin: At the same time, progress is becoming a potential stumbling block in existing IoT projects.

2G (GSM, Global System for Mobile Communications) and 3G (UMTS, Universal Mobile Telecommunication Systems) have served the industry well for a long time. An estimated half of all IoT devices deployed worldwide used these frequencies to transmit data between machines or end devices until the 2G and 3G shutdowns. But that will soon come to an end. As the rollout of 4G (LTE) and 5G progresses, the shutdown of old mobile frequencies is approaching – or has already taken place, such as the shutdown of UMTS at Telekom in Germany at the end of June 2021.

The shutdown of obsolete technologies is neither new nor surprising. On the contrary, this is the only way for network operators to create resources for the further development of modern technologies – and thus new opportunities for IoT and M2M applications. For example, through LTE-M (Long Term Evolution for Machines), a mobile communications technology specifically for the Internet of Things. Unlike its “predecessors,” LTE-M can boast better indoor penetration and particularly high energy efficiency. But not all IoT devices are also designed to use these new technology standards.

The 2G and 3G switch-off will be problematic for devices that can currently only transmit data via UMTS or GSM. If the frequencies are switched off, these devices will no longer be able to connect at all or only to a very limited extent. It is true that not every network operator necessarily switches off its 2G and 3G network, but only one of the two, which means that 2G and 3G networks will continue to be available. But the removal of one network alone can be enough to cause connectivity problems.

After all, IoT and M2M devices are networked at all times, sending and receiving data at timed intervals. Some are always in the same location, while others are mobile – some only in one country, some worldwide. In order to be able to transmit data via mobile communications anywhere and at any time, special M2M SIM cards are usually used in such devices. Unlike the SIM card in a private smartphone, these are in a permanent roaming state. This means they can use the mobile networks of different network operators (national roaming). If one network fails, an M2M SIM can switch to another mobile network, thus ensuring that a connection is maintained. But the fewer networks that are available, the worse it is for a device’s connectivity options.

If a device or an M2M SIM card can basically only use GSM or UMTS, network coverage is gradually being reduced due to the worldwide 2G/3G switch-off. This means that devices have fewer and fewer networks available to send data over.

This must now be checked

To ensure that existing IoT projects don’t stall due to the shutdown of 2G and 3G, there are two things to check:

Make sure that the hardware used is technically capable of establishing a connection via the 4G or 5G network in addition to 2G and 3G, because backward compatibility (4G is not compatible with pure 2G and 3G devices) is not given. If pure 2G/3G devices are involved, it is important to weigh up whether new devices will be necessary, or whether the devices will continue to do their job even with a restricted network selection. There will be cases where the limited network availability causes time delays in data transmission, but is otherwise not critical. Likewise, there will be cases where it is very much a matter of getting data immediately. Ultimately, it depends on the countries and the intended use of the devices.

In addition to the hardware, you should find out whether the M2M SIM card used allows the use of 4G. As a rule, this is the case. Depending on the provider, there may be restrictions here, for example due to the selected contract. With some providers it is also possible to exclude specific networks from use (so-called blacklisting). It should be ensured here that not too many networks are omitted due to blacklisting and disconnection. If the SIM card does not support 4G, the question remains, as with the end devices, whether the remaining 2G/3G coverage is sufficient or whether all the M2M SIMs in use have to be replaced.

Conclusion on 2G and 3G switch-off

The shutdown of 2G and 3G frequencies is an important step for the further expansion of new technologies, but is still causing uncertainty and inconvenience in one place or another. In the long term, the Internet of Things will benefit from this and the expansion of LTE and 5G will open up new application possibilities. Anyone who already uses M2M SIM cards and IoT devices or is planning corresponding projects should make sure to use future-proof components. 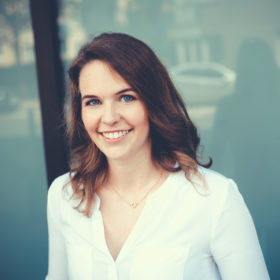 What is corporate language management?

Driving digital change in the company in an innovative way

The great misunderstanding of digitization as a change process

What Are Network Graphs? – Introduction and Examples

CRM and the 7 deadly sins when implementing CRM IT systems

Cyber security for entrepreneurs in 5 steps

The Purpose in the Company – From Vision to Strategy